skip to main | skip to sidebar

Is running 6 out of 30 minutes really considered a "run"? Maybe I need a new title for these....

So I a had run planned for this morning, but woke up to more rain. I was feeling energized and ready to go so I was kinda bummed about the weather. Around that time I was reminded.."It's not acid..it's just rain". That was all I needed.

Several layers later I was at the track. My ipod was fully charged this time and it really does make a ton of difference. I can probably make every song lyric apply to my life in some way, but it seemed like my ipod was talking to me this morning.

The bad news is the track here in Milner is kinda old, so there were parts that were completely flooded with water. I walked around them for the first 10 minutes. The second walk/run 10 minutes were another story. I stopped worrying about the water and just ran. Within seconds my feet were soaked up to my knees. I also got hot pretty quickly, so several layers had to come off.

The good news?? I did it. I met this week's goal on day 2. During my middle 10 I ran for 6 minutes and walked for 4 (alternating every two minutes). I was surprised how quickly 2 minutes went by. While I am proud of myself for being able to do it, I'm not moving to goal 2 yet. I'm going to stick with the same routine the rest of the week with the new goal being for it to be a lil easier to do. It was rough. It doesn't seem like a lot of running, but it was for me. By the 3rd round of running I was hurting. I really do think the rain helped though. It made me feel free and energized.

Glad you had someone there to remind you that running in the rain is amazing. Was anyone else out there? Doubt it! That was all you babe! Good on ya!

Aww! I am proud of you and your new goal of running. It is nice to see you blog as well. 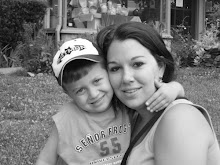